Undoubtedly it’s going to be controversial. Without fear of chicken counting, it will receive a lot of traffic. And without any element of doubt, it might cause ripples but it needs to be out there, for the public to know. We’ve decided to publicly name the five MOST dangerous dogs on the planet.

The Most Dangerous Dogs in the World 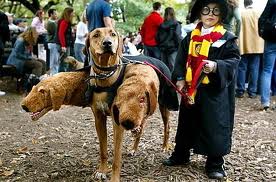 Badly fed dog is the animal who’s been fuelled up with a diet fit for an Olympic weight lifter, but who only ever gets to expend about 20% of the calories he takes in. He’s got lots of energy and his mismatched diet can manifest in bouts of sudden energetic rampaging. Badly fed dog would ask you to consider; how you would feel spending your day in an office when every inch of your body is throbbing and twitching as you crave the opportunity to actually use up some of those excess calories. Badly fed dog would be happier and safer if his diet reflected his lifestyle.

4. Never had any friends dog.

He was a little naughty when he was a puppy, so his owner decided he’d be better off being kept away from all other forms of animal life. He now spends his days obsessing over what it would be like to chase other dogs around and, by George, one of these days he’s gonna actually do it!

Never had any friends dog is going to present his owner with a lifetime of problems, he has no social skills and has never had a chance to learn natural interaction through the teachings of his own kind. He’ll meet new dogs and will be about as socially adept as a 45-year old virgin at a Playboy mansion party. He’s going to blow it. Big time.

Shouty is the dog who has spent most of his life shouting at folks or being shouted at himself. He sees people on his street, he shouts at them. In turn, his owner shouts at him. Shouty presumes being shouted at is a recognition of his excellent work. In fact, hearing his owner shouting in response to his own shouting encourages his assumption that they’re just as upset, anxious, nervous, angry as HE is about the audacity of other people/dogs/pigeons to walk past his window. Shouty is relentlessly encouraged and endorsed in his shouty behaviour and, a bit like no friends dog, shouty spends his days imaging how good it will be when he FINALLY gets his chance to get face to face with the objects of his ire.

House proud dog is SO touchy about people coming to his digs unannounced, he’ll happily maim you for your insolence in trying to visit his abode without obtaining the correct visitation paperwork.

House proud dog does a line in dishing out injuries to posties, meter readers and delivery people. Fortunately for house proud dog, his owners absolutely REFUSE to believe he is capable of violence, so leave him completely unattended to dish out his own brand of justice to anyone brash enough to consider entering his domain.

”That’s mine and these are mine, those are mine, I’m entitled to that, I believe that I saw that first, I lay claim to those, I own all of these, I’m the rightful proprietor of this…”

Welcome to the world of spoilt dog. Quite simply, he believes everything he wants, he can have. Woe betide anyone to tell him differently. His timid owners have never had the heart to let him know that in the human world, simply showing your teeth and growling doesn’t constitute a legal contract on the ownership of goods. They let him off and, worse, they let him keep his spoils, which he’ll gather up and place in his own corner of the world.

Sadly, spoilt dog is, one day, going to meet someone who is unaware that he has previously laid claim to every possession on earth. Unfortunately, unlike spoilt dog’s owners, this person is going to have to find out the hard way just how deep spoilt dog’s sense of entitlement runs. Really hard luck if it happens to be a youngster, blissfully ignorant to the fact that the shiny ball on the floor is spoilt dog’s most prized possession (at that VERY moment). A few stitches and a spell in hospital ought to serve as a permanent reminder though.

[What? You didn’t think there was a such a thing as a list of ‘dangerous dog breeds’ did you? Pffft.]

This article was originally written and published by Ryan O’Meara for Total Dog Magazine in June 2010.