Ever since the airing of Pedigree Dogs Exposed on the BBC, debate has raged about the role dog breeders have played in creating a mess of some much loved, but sadly debilitated dog breeds.

There have been accusations of broad brush labelling of all breeders and many have felt personally slighted by the vitriol born of shock expressed by many viewers of Jemima Harrison’s documentary.

So, we must ask: are dog breeders all evil villains? 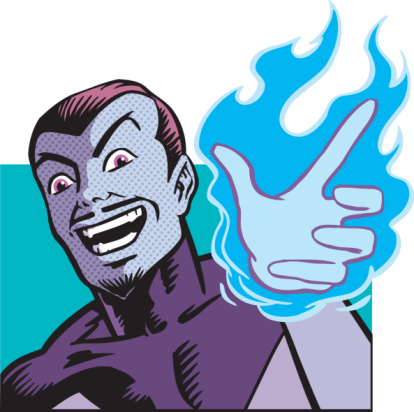 At the risk of over simplifying, no. No, all breeders are not evil villains.

But what we do have a duty to do is to ensure the public is aware of this. To ensure the dog buying public understands what is and what isn’t a responsible supplier of dogs — be it a breeder or a rescue.

”A rescue? Surely they’re ALL responsible?” I hear you ponder.

Well no. Let’s not kid ourselves on that front either. As much as it is a total fallacy to suggest that all breeders are bad, all breeders are good, all dogs are nice and friendly etc it is equally naive (and plain wrong) to assume that all rescues are, by definition, responsible suppliers of dogs. There are many people who work in the rescue / animal welfare sector who know only too well how difficult it is trying to educate people about the many benefits of adopting a shelter dog when there are some rescues’ which are actually nothing more than glorified dog dealerships.

So we have to try and come up with some clear guidance on what constitutes a good’ or responsible’ supplier of dogs. And boy, it is NOT easy. Let’s prove it.

Puppy farmer’ — What IS a puppy farmer? There is no clear description, no definition, no out and out consensus agreement.

Is it purely someone who deals in volume of puppies? Is it someone who earns their living from the production and supply of dogs? Is puppy farming genrically bad’? Should all puppy farmers’ be tarred with the same brush in the manner that many good breeders have complained about being unfairly associated with bad breeders?

Let’s look at it from a purely volume based argument: Breeder A produces 100 puppies per year, invests in first class health care, screening and selects only the finest stock. He charges a premium for his puppies because he feels he is producing a superior product’ to the market average’. His ambition is to improve his breed, he happens to deal in volumes larger than the average’ breeder. He earns his living from his trade in puppies.

Is he a puppy farmer? Probably. Hard to think of another way to describe him

Breeder B: produces two litters per year from their pet bitch. They use a stud dog that belongs to a bloke up the road’, they don’t health test and only breed for a hobby’. The breeder openly has no idea or intent for improving the breed and sells the puppies at a price far below the market average’ for that particular breed.

Not a puppy farmer by any stretch, but which is the worse’ or irresponsible’ breeder?

It could be argued that breeder B is easily the worse breeder as they are simply contributing to the volume of dogs produced without any regard for the general improvement of the breed.

But breeder A: is (probably) a puppy farmer.

So what we must try and do is try and cut through some of these generic terms that are bandied about when we are, effectively, talking about just TWO types of breeder: good ones — and — bad ones. It really is that simple.

So, dear readers, I’d like to open the floor to you — in 50 words or less, what is the definition of a good’ breeder? And, by definition, does anyone who falls outside of this description constitute a bad’ or irresponsible breeder?

One comment on “All Dog Breeders Aren’t Evil Villains, But Some Are”