I thought, for no reason in particular, that today might be a good day to re-publish the following article (written in 2008) in relation to media reporting of dog attacks. 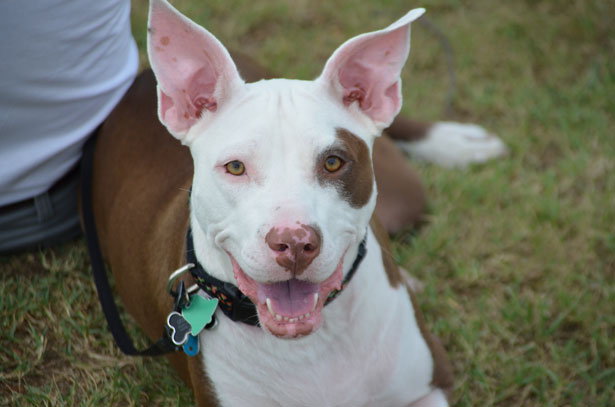 Last week I made a short appeal to the media to show a little more care’ when reporting’ on dog attacks.

The appeal was in relation not just to the tragic death of pensioner Jim Rehill who died on January 28th.

It was motivated by the sneaking suspicion that it was very possible, maybe even probable, that Mr Rehill was not – as was almost universally reported at the time – killed in a savage attack by his own dog’ (a Rottweiler).

Some of the headlines from January 28th would leave you in no doubt as to how Mr Rehill died:

Grandfather Killed by rottweiler On walk

Man mauled to death by his own Rottweiler

Yesterday (a little over a week after Mr Rehill’s death) the small, not entirely insignificant matter of coroner’s report revealed that Mr Rehill’s death has been recorded as natural causes. No inquest necessary. It is confirmation of what was stated by some eye witnesses who saw the incident take place.

In between telling reporters that ”dogs like rottweilers should not be allowed out in public”, one witness, Aziz Rahman, let slip that ”(the) dog was over him, licking and biting him”.

Yes, I highlighted the word licking. Why? Because I’ve seen dog attacks, I’ve seen dogs fight, I’ve seen lots of things dogs do when they are being ’savage’. Licking is quite an unusual thing for them to be doing in the middle of a frenzied horror attack’. Unusual, not impossible though. Anyway, let us move on.

Another witness saw what happened. He was a little clearer as to what he believed he’d observed.

Another comment recorded in the aftermath of the death:

A neighbour of the dead man, Bhupendra Karia, 30, said: ”He loved that dog. He’d had him for at least 10 years, since he was a puppy and he never had any problems with it being aggressive.

You may or may not be surprised to know who’s accout of what happened got the most press coverage. Have a guess. Was it….

Mr Rahman’s observation that the victim was: ”like a piece of meat” going on to add ”My wife could not believe it. She got frightened. Now she’s thinking it’s fairly scary to go to the local shops on her own”

or, for balance, do you think Mr Hanson’s pretty clear cut: ”the dog was not attacking him” comment got equal column inches?

In case you’re still wondering, Mr Hanson was quoted in the Sun’s report’. Here’s what they published from him:

Cab firm boss Lee Hanson, 41, said: ”I saw a man face down with this dog standing over him.

It was grabbing his neck and lifting his head then banging it down really hard.”

It reads a little differently, don’t you think, when the words ”the dog was not attacking him” are completely dropped from the article and the words slammed, dragged and smashed are highlighted in their coverage?

They (the Sun), it goes without saying, used an image of a wild eyed, frightening looking Rottweiler in full aggression mode to highlight the horror of the story. Not Mr Rehill’s dog you understand. No, just a generic Rottweiler, mouth agape, snarling and ready to eat you, your children and your children’s children.

The Sun is not alone in its reporting of this incident.

A rottweiler chewed off its owner’s fingers and nose as it savaged him to death in the street, shocked eye witnesses said today.

The powerful beast repeatedly battered the pensioner’s skull against the pavement and ripped and chewed at his face, it was claimed.

A pensioner was ”dragged like a doll” through the street in a fatal attack by his dog.

Witnessed looked on in horror as railway engineer James Rehill, 78, was savaged by his rottweiler in Newham, east London.

Residents armed with baseball bats desperately tried to free Mr Rehill as the dog inflicted horrific injuries to his face and head. It was only when police officers arrived and discharged six fire extinguishers that the dog was distracted and released its owner.

And the most common line taking by the media is typified by the Mirror’s assertion that:

Grandad James Rehill was mauled to death when his pet Rottweiler suddenly turned on him during their morning walk.

We (K9 Magazine) elected not to report on this particular incident at the time. Not, you must understand, because we don’t report on dog attacks – no, in fact we have an entire website dedicated to rounding up coverage of dog attacks – and not because we are actively involved in trying to highlight the incredibly misguided, weak, poor thought out and unsuccessful dog legislation Britain is saddled with (and, incidentally, is trying to saddle us with more of) – no, our decision not to report on this incident until the post mortem was conducted was based on what we, and a number of other people who have a shred of understanding about dogs, felt were some loose ends in this sorry story.

Loose ends like, oh I don’t know, Mr Hanson’s protestation that ”the dog was not attacking him” – even the excitable Mr Rahman gave us cause for concern in between declaring his opposition to Rottweilers being allowed out in public when he revealed the dog was ”licking his face”. And finally, and this is the biggest clue of all, this is the one that really kinda tipped the scale in favour of us deciding to wait for the facts to come out before jumping the gun, was our understanding that DOGS WHO’VE LIVED WITH THEIR OWNER FOR 10 YEARS SINCE BEING A PUPPY AND HAVE NEVER SHOWN ANY SIGNS OF EVER BEING AGGRESSIVE IN THE ENTIRE LIVES DO NOT SUDDENLY DECIDE TO KILL THEIR OWNERS WHEN OUT ON THEIR DAILY WALKS!!! (emphasis added, tabloid style)

So today, when the facts have been revealed that Mr Rehill was not killed by his dog. When the facts tend to support witness reports that claimed the dog was merely panicking in desperation at not knowing what to do as its owner lay unconscious on the floor. When the facts tend to support our own theory that it was very possible a dog who was standing over its stricken master whilst a crowd gathered with baseball bats’ and fire extinguishers and may have appeared to have been guilty of a stereotypical devil dog savaging’ could have misread the situation. When the facts reveal that this dog was shot and killed by Police at the scene for doing something that many, many dogs of many, many different breeds would have done in the same situation, would it have been too much to expect those who falsely and deliberately misreported this human death would have had the grace to alert their readers to their error?

You know, the papers who stated quite categorically that Mr Rehill was ’savaged to death by his dog’, would it be too pressing to expect them to issue just a little correction when the coroners report says ’stroke’ and natural causes’?

Today, February 7th, it would appear Mr Rehill’s actually cause of death is being reported in just one place. Even the good old bastion of all that is decent, fair and accurate the BBC have not (at the time of this being published) issued a correction to their own headline (still live on their website) which claimed: ”Dog kills owner in horror attack”.

The day after the attack, I did a round of interviews for various radio stations (mp3) who were demanding to know what should be done about these dog attack horrors. I did, as sensitively as I felt I could, raise the point that it was highly unlikely that Mr Rehill’s dog just decided to kill him’ despite the overtones that that is exactly what happened.

So let us wait. Let us wait and watch and see if Mr Rehill’s family get a public apology from the media who wrongly reported and deliberately sensationalised his tragic death. That might happen, I have my doubts.

What I am all the more certain of though is that it would be far too much to expect that the Rottweiler – as a breed or even Mr Rehill’s late friend – will be offered any form of clarification. Let’s face it, that’s not going to happen. The Rottweiler is Britain’s current devil dog’ and whilst the media might hate the breed, they certainly don’t hate it when they get a chance to hang, draw and quarter them at every turn.

So please, if nothing else, let this incident serve notice as categorical PROOF that what many dog owners have known for a long, long time is 100% true – some of our media will happily demonise an entire dog breed and whip up a public frenzy about devil dogs’ whether they know ANY of the damn facts or not. The truth, as they say, will never get in the way of a good’ story. It would seem, even if a man has lost his life.

If you love dogs and have a disposition that errs toward wanting to be told the truth, don’t let them get away with it. Write to them, complain to them and just bin them all together. As I said last week, they are in no small way to blame when misguided, gullible people decide to turf their dogs out into the street on the back of nothing more than lies, damn lies and predictable devil dog hype.

Author Details
Ryan O’Meara is editor-in-chief of K9 Magazine, the lifestyle magazine for dog lovers. He lives in the East Midlands with his own two dogs, Mia and Chloe.